Volkswagen have come under fire over the last few days after a US investigation has found that many of their diesel cars, including the Audi A3, have disguised the cars pollution levels, making their cars seem more environmentally friendly than they actually are. 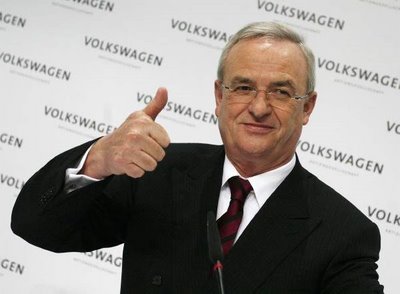 Martin Winterkorn, CEO of Volkswagen AG has said “I personally am deeply sorry that we have broken the trust of our customers and the public”. This is very well and good, but we fear the public shouldn’t be Volkswagen’s largest concern as if anything they have done the customer a favour, vehicle tax will have been lower than maybe it should have been thanks to Volkswagen’s bogus claims. Therefore the entity who has lost out is the taxman, and that is one person you don’t want to steal from. We are hearing Volkswagen could be fined £24,000 on every single car they have sold under false pretenses. If every car sold since 2008 in question violates the EPAs rules, Volkswagen could end up with a bill of £11.6 billion.

They have been forced to recall half a million cars, and their shares have plummeted by a substantial amount which is currently over 20%, so the scandal is already looking very costly for the group. It may surprise you that this is such a big deal, as it is not exactly unheard of that test results for cars very rarely match the actual results your average driver will get from them, but there is manipulation, and then there is downright cheating, which appears to be what VW have done. It is being said that there was software installed in the test cars that would doctor the results when it came to the CO2 emissions. My message to Volkswagen is why didn’t you do it with all  the Group cars, I could do with paying a little less vehicle tax on my second hand Audi A6. This will no doubt come at an annoying time for Volkswagen, as they will have been in pretty high spirits after taking over Toyota as the highest selling brand in the Motor industry for the first half of the year.

The repercussions are being felt elsewhere in the market also, with shares falling across BMW and Daimler, obviously not to the extent of Volkswagen, but the worry is this will encourage investigations into other manufacturers, which will lead to similar findings. So market confidence is pretty low when it comes to the Motor Industry. A friend of mine who bought a brand new Mercedes Benz CL a couple of years ago was convinced that you couldn’t keep your emissions as low Mercedes had claimed, I’m sure we will see if there was any truth to his claims over the coming months.